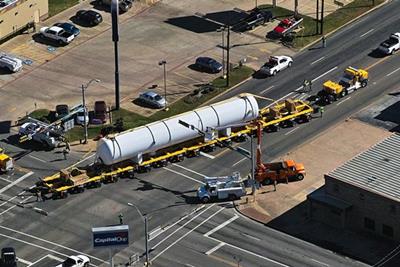 The population of Granite, Oklahoma is a little over 2,000 people. A very rural area that has a couple blocks of dense population right in the middle. One chilly day in January of 2013, their two-lane main street had to be shut down so a logistics company could transport an oversized and overweight vessel through town.

Northwest Logistics Heavy Haul used its 16 line THP/CA Goldhofer dual lane transporter to transport a very large vessel from east Texas to a natural gas processing plant in western Oklahoma. The gross dimensions of the load were 278′ long (just shy of a football field), 18′ wide and 20′ high, all weighing in at 874,000lbs. Northwest made it through Granite, OK and other towns on their route without incident and with the help of local law enforcement officers.

Northwest engineers and employees worked for 12 weeks prior to the start of this job, completing multiple route surveys and addressing permitting issues. The state’s offices had to permit the route around not only construction, overpasses, and other road projects… but also around state, county, and even city road restriction. These restrictions can include anything from size dimensions to hours of travel. Due to the height, the load did not go under a single overpass the entire trip. Once an acceptable route was found, the field supervisors assigned to the job then begin a route survey of the entire trip to verify turns, railroads, low power lines and lights could be maneuvered around. Lastly, Northwest contracted a bridge engineer help to confirm that all bridges along the permitted route would be able to hold the weight of the entire load. Had this been a legal sized load, this trip would have been 398 miles and 13 highways. But due to the size and weight, the final route cumulated in a total of 963 miles, traversing 49 U.S. and state highways within two states.

It took three Northwest tractors, for a combined horsepower of 1800, to haul the Goldhofer dual lane transporter with the maximum 16 lines (32 axels). The Goldhofer was ideal for this job because of its large capacity and its axel design. Each axel of the transporter operates independently, making sharp turns and tight corners a non-issue.

It took 11 days, of both day and night travel, for Northwest to execute the transportation of the vessel to the gas plant. They used 8 employees, 2 pilot cars, 2 bucket trucks, 1 Safety Manager, 1 Service Truck, 2 Supervisors, and 2 Northwest Operators. After the vessel arrived at the location, even more Northwest employees were on hand since Northwest Crane Service, LLC was contracted to hoist and set the vessel.

Northwest Crane utilized two Liebherr LTM 1400-7.1 mobile hydraulic cranes to lift the vessel from the Goldhofer. The highly skilled operators picked the vessel in tandem, maneuvered it in-between the cranes and expertly set it on the other side. The Northwest team made sure everyone was aware of the lifting plan before executing the lift, which helped ensure the safety of each person on the job site.

Northwest Logistics Heavy Haul and Northwest Crane Service, LLC owner Andy Hodges commented that “both phases of this job could not have been completed without the help of state permitting offices, local law enforcement, Northwest field personnel and Northwest office personnel. This was definitely a team effort that ended in a successfully completed job.” (this story also featured in an issue of American Cranes & Transport) 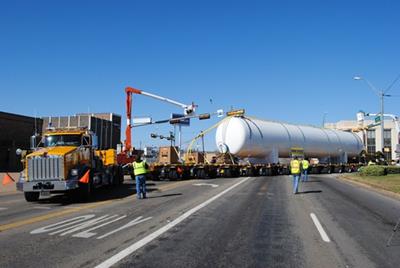 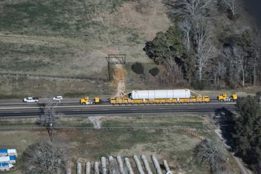 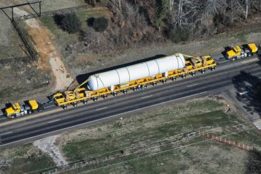 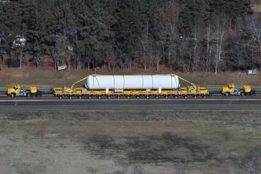 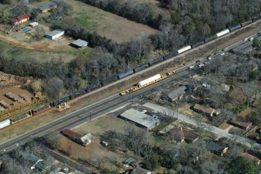 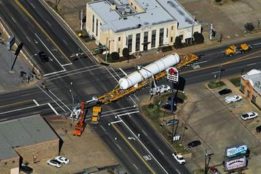 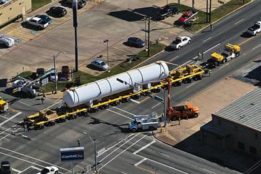 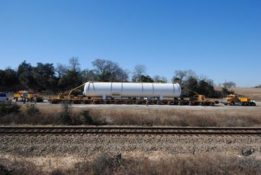 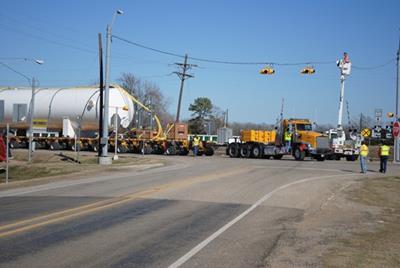 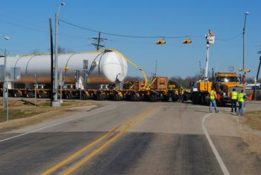 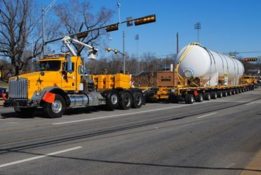 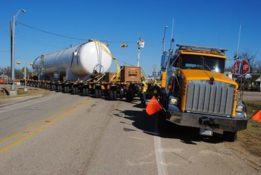 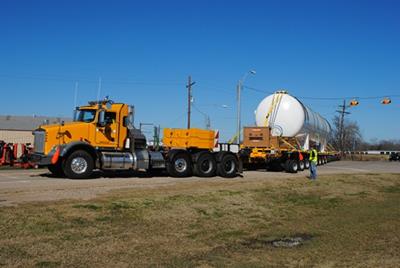 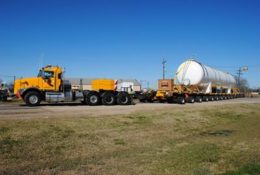 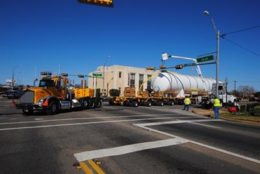 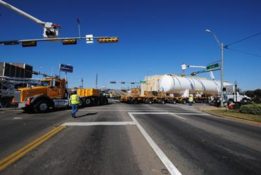 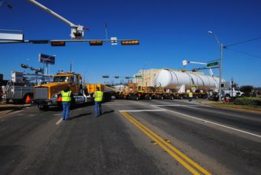 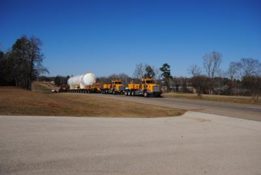 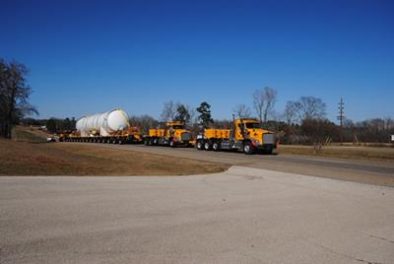 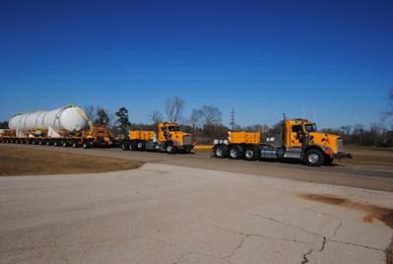 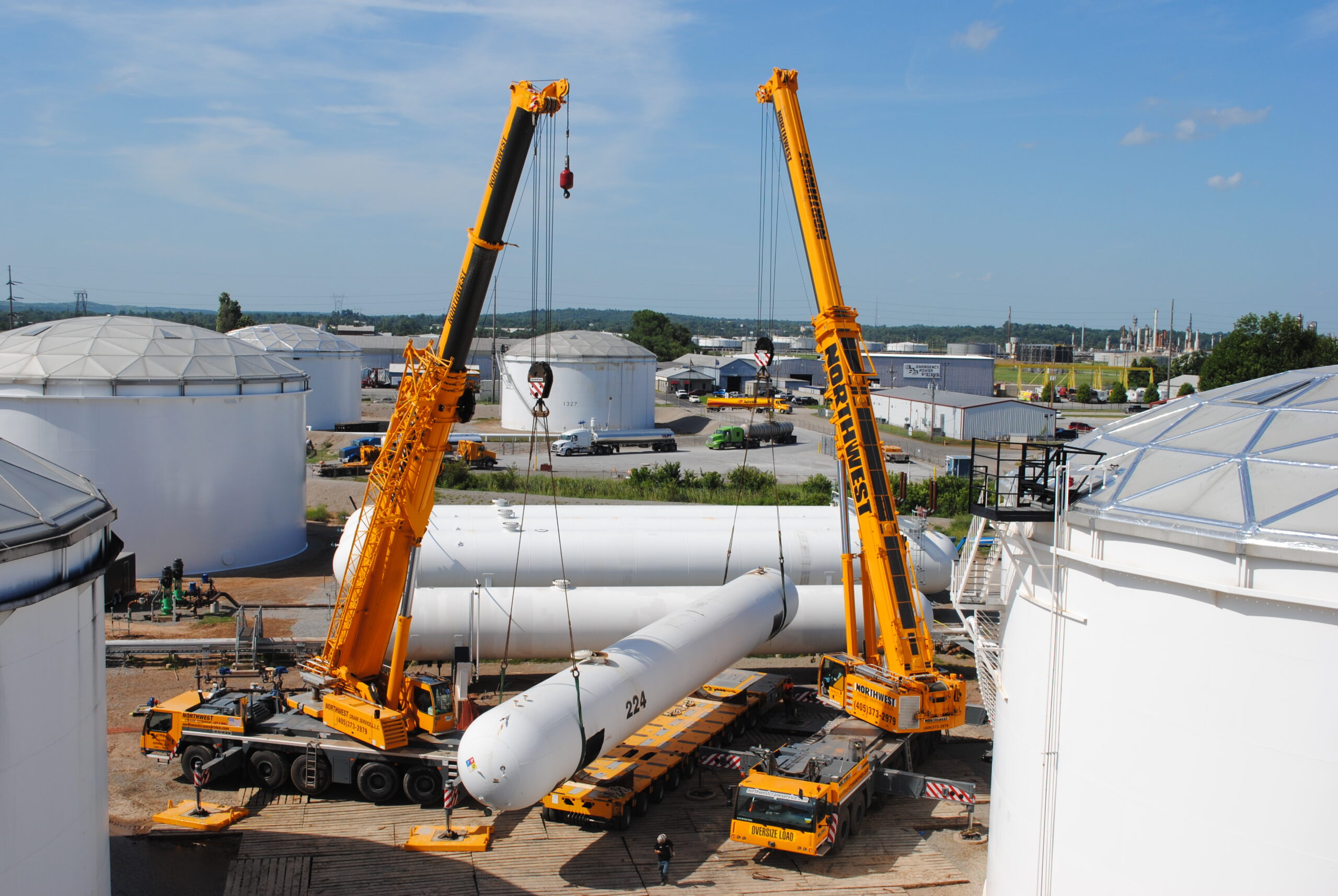 Northwest Heavy Haul transported a overly large vessel across Oklahoma. The vessel itself weighed 532,000 lbs, so to efficiently move it Northwest utilized 20 lines of their Dual... Read More › 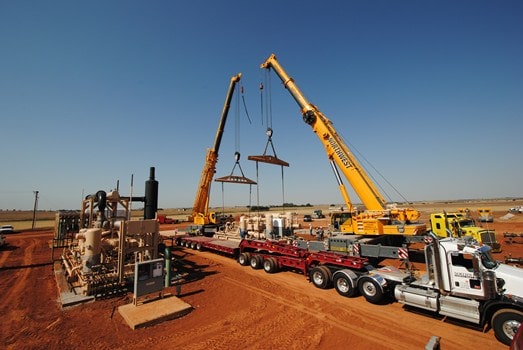 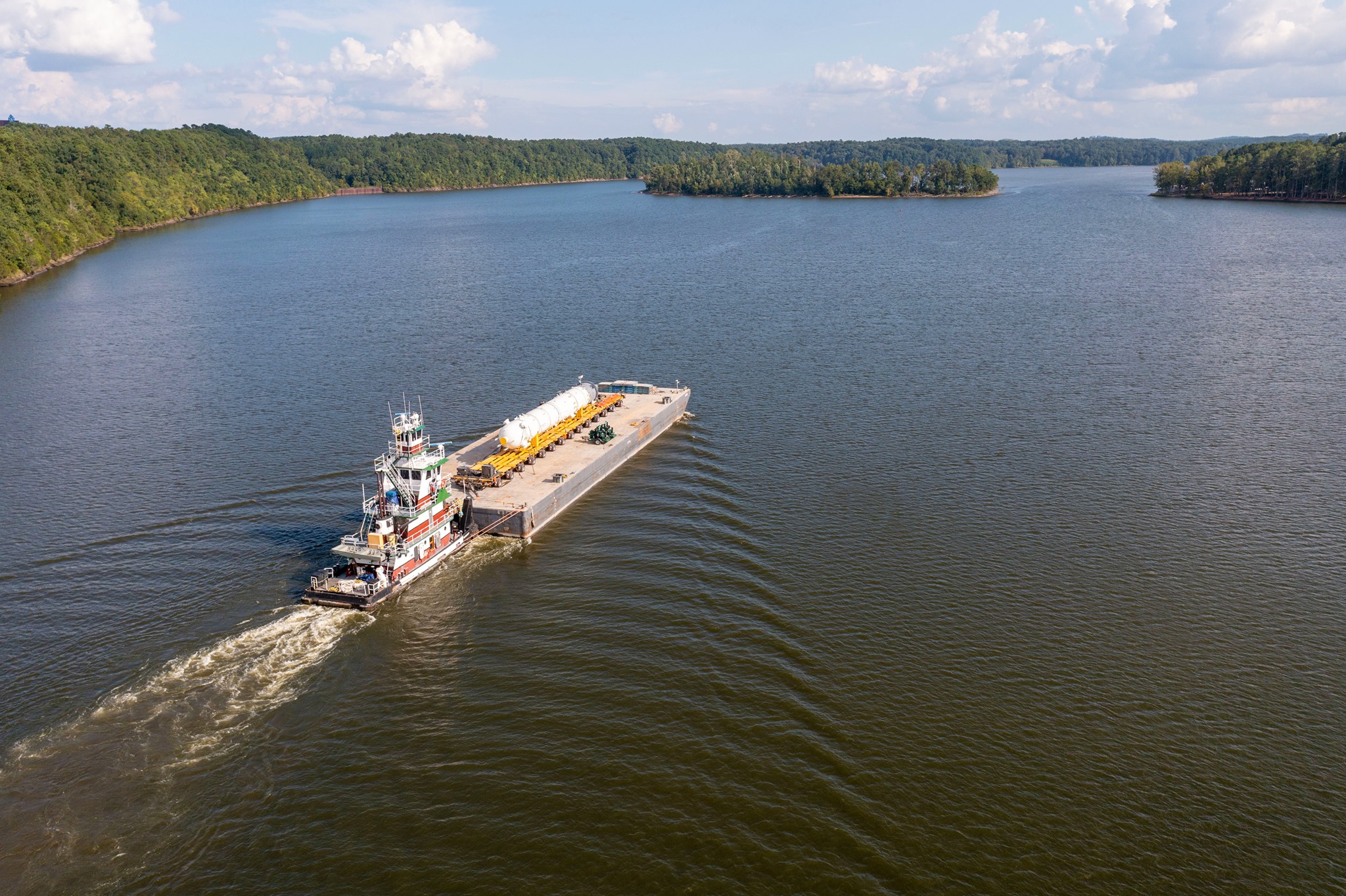 From Fabrication to Foundation, Northwest has safely completed the first stage of an HP Amine Contactor Tower transportation and set project. The 471,031 lbs. tower was loaded onto... Read More ›

Looking for a fully operated and maintained hauling services for next project? With just a few details we can start estimating.